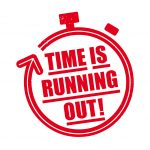 Got a piece of property in Snohomish County that you want to re-designate for a higher value land use designation?

You’d better hurry up because you only have until October 30th to submit an application if you would like your amendment to be heard during the 2024 Comprehensive Plan Amendment cycle.

Don’t worry we have you covered.  With over two decades of experience preparing, submitting, and lobbying for comprehensive plan amendments and rezones, we can get your application in for review by the deadline as long as you contact us by noon on Friday October 23rd. 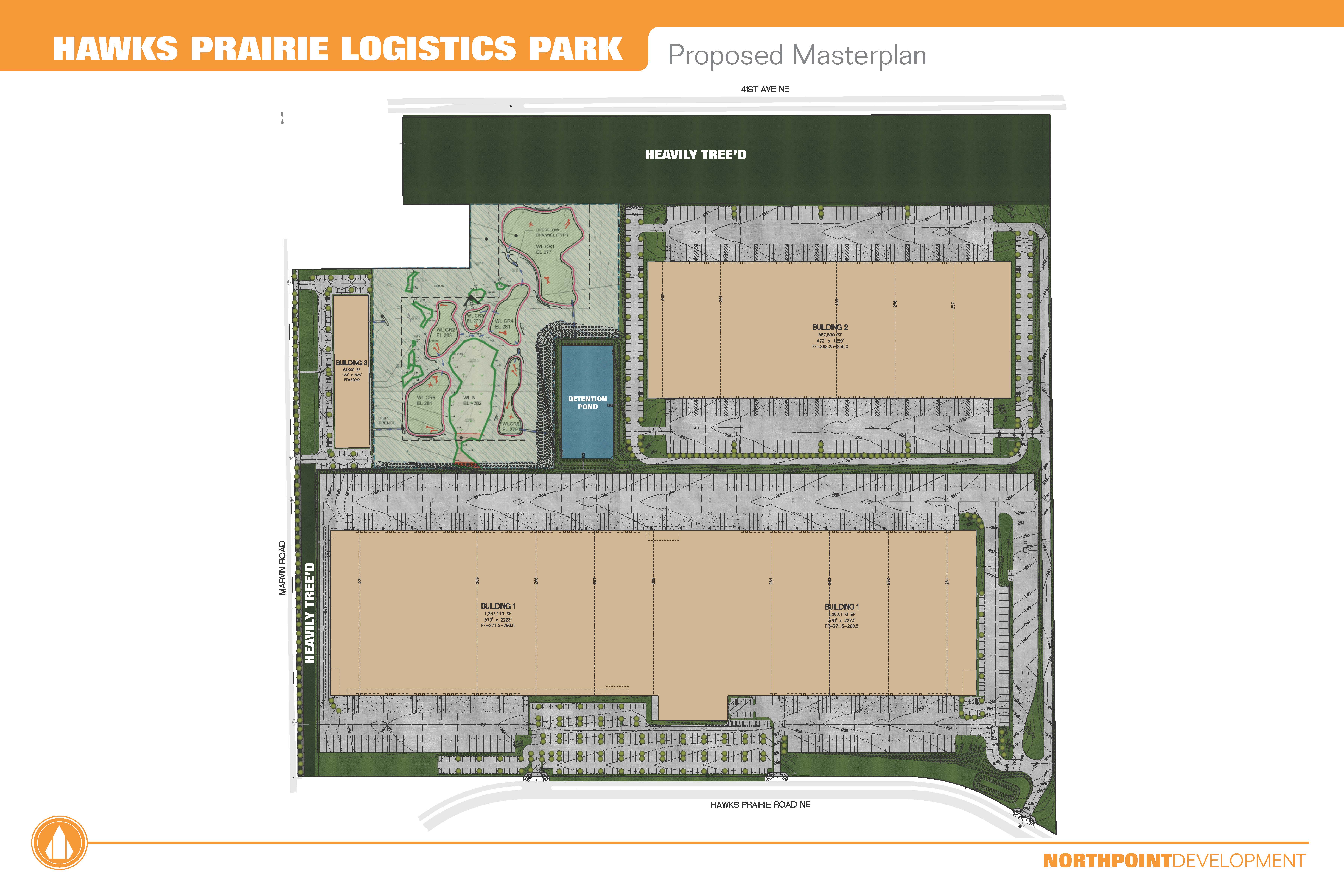 Our firm played an instrumental role in the project’s approval, providing the project’s economic impact analysis and performing required land use analysis to address the policies and conditions that limit the granting of wetland development permits.

Additionally, we provided early project management services to support the project’s pre-application site plan review,  the processing of the land use applications, and the facilitation of a meeting with the adjacent residential neighborhoods.

Lake Stevens, WA.  On Tuesday night the City Council unanimously approved Ordinance 1041 to annex approximately 100 acres into the city – an action our firm initiated and supported on behalf of landowners in the annexation area.

About Our Role
Our firm was retained by our client in September of 2017 to complete an analysis recommending if an annexation could be successful and by what method.  After studying parcel data (acreage, valuation) and voter registration data in the area, we concluded that the best approach was the Direct Petition Method.  Further, we used our research to identify an annexation area meeting the location and boundary criteria in state law.

We were subsequently retained to secure signatures for the required 10% and 60% petitions (based on % of valuation in the annexation area).  To complete this task, we developed a communications strategy to provide answers to the most common questions about annexation.  We utilized a combination of direct mail, door hangers and door belling (see examples to the left).

We successfully gathered the 10% and 60% petitions, negotiated applicable zoning and indebtedness, completed the required State Environmental Policy Act (SEPA) checklist, and prepared exhibits and narratives to be included in the official “Notice of Intent” to annex filed with the Washington State Boundary Review Board for Snohomish County (BRB).

The annexation was challenged by a group of residents.  However, the annexation was unanimously approved by the BRB and an appeal of the BRB’s decision was dismissed by Snohomish County Superior Court.

For more information on the annexation, see visit our project page.

Got a project you think we can help with?  Contact us!

On Monday (Jan 7, 2019) we presented the Spencer City Council (Spencer, Iowa) with a final draft of their Economic Development Strategic Work Plan.  The plan, developed in conjunction with the city’s Grow Spencer Commission, covers a range of economic development initiatives for the next five years.  Check out the plan.

In accepting the final plan, the Spencer City Council unanimously approved a resolution to implement the plan.

In my experience a City’s successful implementation of a plan depends greatly upon a their reaction to and investment in the actual elements of the plan.  For successful implementation to occur, a city must be mindful of the tendency for its performance to ‘default’ to status quo (generalization and avoidance), substitution (solving a less complex problem) or surrogation (substituting a performance measure for goal attainment).

Status Quo appears most typically in the forms of generalization and avoidance:

Generalization occurs when a plan is accepted or adopted at the Council level, but not integrated into the working operations of the city. Plan implementation may be added to council, management and department agendas, but on-going engagement in discussing both the plan and its implementation gets almost exclusively focused on existing daily operations or is skipped due to a lack of time spent on other matters. This tendency to generalize the meaning of ‘implement the plan’ leads away from the strategic discussions, decisions and actions required for real plan implementation. Drawing a comparison to small business, it’s like the owner always putting “do marketing” on their task list without a direction (e.g. promoting a special off), specific strategies (e.g. add content to social media, purchase radio spots) or a process of reviewing and measuring outcomes.

The result of this generalization is either (a) an abandonment of the plan (often arising from the feeling that the plan is too big) or (b) a sense that the plan is so comprehensive and well documented that it’s enactment is naturally occurring without an on-going focus (what we can only assume must be an evolutionary product of the common planner reference that a plan is a ‘living, breathing document’).

However, the truth is that generalization results in one outcome: inaction. The lack of on-going conversations at council, management and department levels about the specifics of how the plan and strategy are being implemented, the progress towards implementation, and the measurement of the results and adjustment of strategy leads to deprioritizing the importance of the plan and replacement by more pressing, emerging matters.

It’s a false expectation for a Council or Manager to assume that a broad directive of ‘implement the plan’ without frequent interfacing is enough for a department or individual to determine the who, what, how and why for each plan element that must be accomplished in additional to current operational responsibilities.

Avoidance occurs when a plan is accepted or adopted at the Council level, but due to the city’s present budget and general financial policy, Council and management avoid discussing, recommending, prioritizing and appropriating adequate resources (staff time, programmatic funding, etc.) to carry out the work.

This tendency is to avoid financial decisions (during and after budget adoption) while generally accepting that the community has the staff and financial resources to (at least) begin to implementation of the plan is a manifestation of the general notion that there are inefficiencies or underutilized city resources that will somehow adapt to carry out this responsibility.

The truth is that most cities have focused such great attention in recent years toward controlling expenses to limit property tax increases that existing resources are strained and often less efficient. From combining jobs and duties to asking departments annually to cut a % of their budget but maintain a similar level of service has made government ‘leaner’ but it’s also created an expectation that implementing new plans, strategies and services can be accomplished within existing operations and using existing resources.

It’s a false expectation to assume that successful implementation of a new strategic plan will occur without evaluating the resources (staff, money, etc.) required to succeed.

TIP:  Regularly discuss the delivery of services and allocation of resources to make more strategic decisions that support the plan’s implementation and the city’s broader priorities of government[i],[ii].

Substitution is defined as the act of replacing a more complex element of the plan with an easier action that is rationalized as having successfully met objective.  This occurs as follows:

Cities tend to respond best to emerging issues, emergencies, questions and requests. This ‘fighting fires’ approach is justified because it feels production and it can be rationalizing (subconsciously or not) as being related to or fulfilling one or more of the elements within a work plan.  Substitution takes the place of elements within the plan and is generally (at all levels) accepted as crossing that item off the list.  In practice this may look like the following situation.

The local newspaper starts a quarterly advertorial insert called “The Progress Edition” featuring local business stories and a significant amount of advertising.  The city responds by purchasing a year’s worth of ad space.  The purchase may be good for the city, the newspaper and the community, but the decision is often made by rationalizing the outcome as promoting economic development or marketing the city.  This can become a substitution for the actual marketing elements of the plan and be wrongly counted as fulfilling all or a portion of those associated plan goals.

The truth is that not all city actions can or should be accounted for as actions related to adopted strategic plans. While these actions may benefit the city and community, their replacement (substitution) of more complex and resource intense plan elements won’t ultimately move the city closer to the achieving the established plan goals.

It’s a false expectation that every city action is an extension of the strategies within an adopted strategic plan.

TIP:  Allocate resources to carry out the plan’s implementation and determine how long-term projects will be sustained in the face of both daily operations and emerging requests for resources.

Surrogation happens when the measurement of a goal is interpreted (represented) as the goal.  A common example of this as applied to city operations would involve the goal of high customer satisfaction in the planning department where the speed (# of days) by which building permits are issued comes to singularly represent customer satisfaction.

In the context of implementing a strategic plan, surrogation is a method for simplifying plan implementation by reducing the scope of the strategy to either fit within a budget limitation or to avoid (revolt against) broader systemic change.

The truth is that the desire to prove progress and accomplishment drive a tendency to use performance measures (especially those that are positive) to not just represent how a goal is being achieved, but that the performance measure (if good) is the achievement of the goal. This is misleading and results in a failure to accomplish more meaningful, long term results.  Returning to the example from above, customer satisfaction with a planning department can neither be accomplished nor measured solely by the timely issuance of permits as such measurements may not reflect the difficulty in applying for the permit, the cost of the permit or the experience with permit related inspections.

Further, relying on the performance measures as the goal can lead to crazy interpretations of the performance measure, including (for example) that the timely issuance of permits should only measure how long the jurisdiction took to issue the permit, not how long the overall process took.  The city may have performed much worse when the latter was considered because the city frequently stopped the clock to seek additional information from the applicant.

It’s a false expectation to assume that a single performance measure can accurately represent achievement of a goal and the application of such is an invitation for surrogation to promote a false sense of achievement.

TIP:  Cities should adopt and evaluate performance measures, but such measures of progress and performance should not be singularly focused nor reflect the sole means of determining goal satisfaction.

[ii] For more details, see also The Price of Government: Getting the Results We Need in an Age of Permanent Fiscal Crisis by David Osborne and Peter Hutchinson