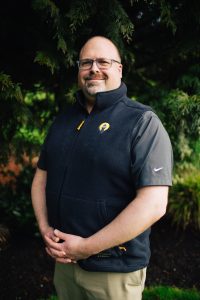 David is a seasoned consultant and strategic thinker who excels at delivering results.  With two decades of experience, David has earned a reputation as the go to for land use and economic development projects.  His experience and his ability to solve complex problems have time and again helped client achieve incredible results.

At 26 he became a vice president of a real estate development company, Barclays North, that was expanding its portfolio of real estate projects nationwide.  There he managed the company’s complex land use entitlements and public relations, pioneering a ‘political due diligence’ process for evaluating and mitigating local political, public opinion and regulatory risks on mega-projects in several states around the U.S.

In 2007, David founded Toyer Consulting and Advocacy, the predecessor to today’s Toyer Strategic Advisors.  In those early years, the firm represented public and private sector clients across the Pacific Northwest.  Two early successes were saving Willis Hall Winery from closure due to a code violation and guiding the Lake Stevens School District through a major realignment of elementary school enrollment boundaries.

Two years later the City of Webster City, Iowa (pop. 8,000) contracted with Toyer to lead the community’s response to the departure of multiple Electrolux business units and the loss of over 1,000 jobs.  Spearheading the creation of an economic development recovery plan for the city, Toyer helped the City identify their economic development assets (buildings, land, utilities, etc.), complete a targeted industry analysis, modify industrial electric rates, negotiate the acquisition of real estate assets from Electrolux, and facilitate the expansion of several existing businesses.

David was named the Director of Economic Development for the Greater Burlington Partnership in Burlington, Iowa in 2013 where his leadership led to the creation of over 700 new primary sector jobs and a quarter of a billion in new private capital investment.  David helped Greater Burlington gain national recognition in back-to-back years as Site Selection Magazine’s #1 Metro on the Mississippi for economic momentum (“Big Muddy Cup”) and SmartAsset’s #1 Metro in the U.S. for Purchasing Power.

More About David
David is married with three kids.  He is a die-hard SEAHAWKS fan (Go 12s!) and his company’s casual Fridays get replaced by Blue Fridays during football season.  David is also an avid fisherman and golfer.