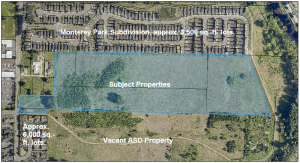 Recently, Toyer Strategic assisted Westport Capital Investments with the re-designation and rezoning of approximately 37.1 acres in Auburn, WA from a combination of R-7 and R-20 zones to the R-16 zone.  This change netted our client an additional 105 units.

Our firm is excited to be assisting NorthPoint Development, in obtaining entitlements for a 426-acre industrial park in the cities of Arlington and Marysville, Washington.  Featuring over 4 million square feet of Class A industrial space, the Cascade Commerce Center will attract new manufacturing, logistics and technology companies that could create as many as 5,000 new jobs.

NorthPoint, based in Riverside, Missouri, is the nation’s largest developer of industrial space over the past five years. 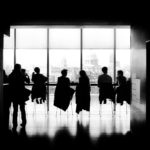 Long before new development breaks ground, local governments adopt policies that guide how they will plan and encourage development to happen.  The policies are called Countywide Planning Policies or CPPs for short.  And if you are at all concerned with how the County and your City get developed, you should want to know more.

Now what if I told you that local government officials regularly meet behind closed doors and without public comment to develop the CPPs that determine how your community plans for growth.  And that their decisions become the foundation for how your city plans and grows.

This is exactly what is happening.

In the late 1980s and very early 1990s, as the State’s Growth Management Act (GMA) was being implemented, Snohomish County and its cities collaborated to form Snohomish County Tomorrow, a group that would allow the County and cities to collaborate on growth planning and implement annual work plans for the purpose of fulfilling the statutory GMA requirement that counties and cities consult with each other and ensure coordinated planning for growth.  Snohomish County Tomorrow is 100% government funded (by the cities and the county), staffed by government officials (both elected and appointed), and the policies developed in SCT get presented to the County Council for final adoption, bypassing any other local processes.

Like any government agency, SCT is a maze of committees and sub-committees – the most powerful of which is the Planning Advisory Committee or PAC.  It’s composition is a planning department representative from each city that is staffed by County long-range planners.  The PAC is tasked with developing the “county-wide planning policies” that each city has to be consistent with when adopting local plans and policies.  And those Countywide Planning Policies, known as CPPs, dictate what gets built, how much gets built, and where it gets built in Snohomish County.

Right now, this PAC group is responsible for developing the policies that will shape the next 20-year growth plan for Snohomish County and its cities.  These policies impact where you can live and in what type of dwelling, who can afford to live in which communities, how far you commute and by what means, etc. Pretty important stuff, right?  We think so.

That’s why we regularly attend the PAC meetings to listen to what’s happening and how it could impact our lives, business, and clients.  However, the PAC doesn’t hold actual “public hearings” on their work and public comment is exceptionally limited.  Generally speaking, the entire Snohomish County Tomorrow process is devoid of active public participation opportunities sans a “Community Advisory Board” of +/-17 people that only meet once each quarter and 7 citizen representatives on their Steering Committee.

But, at least we (or anyone in the public) can listen right?  Not exactly.

SCT has decided that its sub-committees, small groups charged with choosing the newest growth policies and drafting the specific language, should be private meetings in order to allow the planning representatives from the cities to have a forum to freely discuss policies without fear they might find themselves criticized for what they discuss.

SCT says they aren’t a government agency (their an associated) and their meetings aren’t really “committee” or a “sub-committee” meetings but work groups.  So Washington’s Open Public Meetings Act (OMPA) doesn’t apply to them.  SCT has taken its position so far that it’s Steering Committee voted in April to permanently change their operating guidelines to call sub-committees “working groups” from now on despite the fact that nearly every issue discussed in any other SCT committee always notes that it was developed and recommended by the PAC sub-committee.

The immediate result?  The new county-wide planning policies are being developed by small groups of planners in private meetings.  These policies will be adopted by Snohomish County Tomorrow with very limited and controlled public participation before being sent to the County Council for approval. Once approved, these policies will guide the next 20 years of growth.  Yet you probably had no idea this was happening.

The outcome?  In the next 2-3 years your city will have to update it’s comprehensive growth plan.  And when it does, the city you live in will have to follow these policies to plan how it will grow and what it will look like.  These policies will limit your city’s choices.  And you will be told it is too late for your meaningful input.  These policies affect densities, infrastructure, etc.

It’s nearly a done deal.  And worse yet, there is no allowance in State Law for a citizen to challenge a CPP in court.  Only the Governor or a city or county can file such an appeal – something that is very unlikely to happen.

Our firm has sent a letter to SCT to let them know we object to private meetings (read the letter below).

What can you do?

Let Snohomish County Tomorrow know it’s unacceptable to have private meetings to develop planning policies.  And request they take in more public input prior to making any decisions.

Or send them a letter: 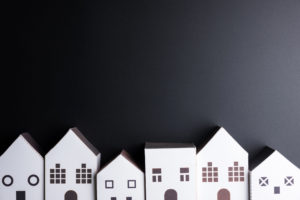 Housing, especially the cost of housing, is a big issue these days.  And that issue could get even bigger.

In the lead up to Snohomish County’s forthcoming “major” update to its comprehensive growth plan, the County is first responsible for producing a Buildable Lands Report that looks at how the County has developed over time.  Although it is not the only document used to determine how the County will allocate updated population growth, plan for infrastructure, and size its urban growth areas (UGAs), this report is the first step and it sets the tone for the entire process.  Thus, ensuring it is accurate is monumentally important.

Recently, our firm spoke out (see copies of our letters below) to question the County’s Draft Buildable Lands Report because it doesn’t accurately reflect what has already been built in the County.  The County’s response is that the report is a snapshot that looks at a point in time in 2019.  We agree it’s a snapshot.

However, we don’t agree that “pending” housing, homes that were in the permitting or construction stages at that point in 2019, should have been counted as “available” housing capacity for the 20-year planning period.  As we explain in our letters below, the “pending” housing inventory was spoken for the moment it started through the permitting process.

In other words, the County’s report is saying, “don’t count your chickens before they hatch.”  But we are trying to remind them, “we aren’t selling chickens at the farmer’s market, we’re selling eggs.  And we need dozens and dozens more!”

Snohomish County has a housing problem.  The Puget Sound Region has a housing problem.  The problem for many people is housing cost, which continues to rise at a rapid pace.  A big part of the reason housing prices have risen and continue to rise is the wide disconnect between supply (how many houses are available) and demand (how many people need housing).  It’s why so many homes sell for more than asking price.  And it’s why so many builders have sold out their housing developments before they’ve finished building the homes.

Some representatives at the County are not happy with us for raising these concerns.  So they’ve come up with new graphs and charts to dismiss our concerns and say we are wrong.  But are we?

The truth is I’ve been raising this concern since the early 2000s when I was involved in commenting on that Buildable Lands Report.

So I have got to ask you.  Is it easier to find a place to live at a cost you can afford today?  Are you worried that your kids or grandkids may not be able to live around here when they grow up?  Are you frustrated that you’ve got a lot of equity in your home because of rising valuations, but if you sold you’d struggle to find a new house you can afford?

Our company is in the business of supporting housing affordability and we see the impacts daily.  Heck, our team has experienced it when we’ve tried to buy or rent homes for ourselves.

The County may be willing to admit we have a housing problem, but they’re not looking deep enough for the source of why we are so far behind and we can’t seem to catch up.

The housing crisis is solvable if we have accurate data upon which to hold the type of policy discussions needed.  If not, prices will continue to skyrocket, homeowner tax burdens will increase, and homeownership will remain out of reach for many.

Want to help the fight?  Send a quick letter or email to the folks on the Snohomish County Tomorrow Steering Committee to let them know we need to have accurate buildable lands information to ensure we have better planning.  Here’s how you can contact them:

Send them an email:

Send them a letter: