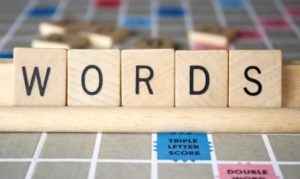 “Without knowing the force of words, it is impossible to know more.” – Confucius

Language is complex and ever changing. But at its root, language is about telling a story. Communicating events, expressing emotions and inviting imagination to visualize what you’re saying.

So, it’s no wonder the words we use can often make a situation better or worse. The following example from one of our past projects demonstrates the challenge and explains how we coach our clients in evaluating the emotional intensity of the words they are about to use.

A few years back one of our clients sent us an “FYI” email that they had been contacted by a reporter about one of their projects and they were planning to send a quick email to respond to questions the reporter had asked.

It was 2008 and development projects weren’t attracting positive headlines. We sensed that there may be more to the reporter’s inquiry and we called the client for more details.

The client brought us up to speed that they had been sent an email from a reporter and not feeling in any danger, our client had already written an email in response. Thankfully, the client hadn’t yet hit send. The following is a generalized and simplified version of the inquiry and my client’s response:

I have received emails and calls from a few of your customers concerned about the changes in what your units are worth and how that is going to impact their ability to finance and close on their purchases. They are growing impatient and I am considering whether to do a story. What’s your reaction?

We understand that some of our customers are angry and frustrated . . .

We’d heard enough from the client, it was time we intervened.

First, the reporter was baiting the client by suggesting he was only considering whether to do a story. The reporter was most certainly going to write a story, but wanted to see what my client might say in a low pressure, less formal situation. Second, had the client sent the email response unedited we are certain the reporter’s article would have taken on a different tone.

There is a big difference between the two characterizations. Concerned and impatient customers have questions. But, angry and frustrated customers have lawyers and grudges.

There is a big difference between the two characterizations. Concerned and impatient customers have questions. But, angry and frustrated customers have lawyers and grudges.

By changing the characterization of the customer’s emotion, our client had elevated the emotional intensity of the situation, which would have reshaped how readers might interpret the customer’s situation and relate it to their own experiences as customers themselves.

Further, our client would have given the reporter no choice but to write a story and at the same time, provided a new intensity and urgency for the story.   Finally, our client’s second paragraph of their statement – a succinct and thoughtful analysis of the customer’s concerns and examples how they were working with the customers – would have taken a backseat to the visual imagery the reader of the news story would associate with “angry and frustrated” customers.

Ultimately, we helped our client respond to the reporter and avoid elevating the intensity of the story.

To further demonstrate the importance of understanding the emotional intensity of words, here is an example illustrating the range of intensity that can be associated with the emotion of anger. Think about how each makes you feel and what circumstances you associate with them.