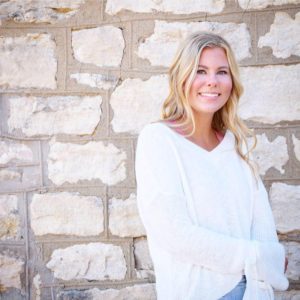 Toyer Strategic Consulting is excited to announce the hiring of Rachael Langerud.  Rachael is 19 years old from Burlington, Iowa. After graduating from Burlington Notre Dame high school, she decided to attend college at Iowa State University majoring in marketing and management. Rachael is currently involved in the Collegiate Women in Business Club and Gamma Phi Beta sorority at Iowa State University all while making Dean’s List for two consecutive semesters.

We are excited to have Rachael join our team, said David Toyer, owner of Toyer Strategic.  Rachael showed during the interview process she is exceptionally creative and we are confident she’ll bring a valuable perspective to our client projects.

One of the most unique qualities Rachael has is her passion for her hometown Burlington, Iowa. She served as a Burlington Steamboat Days Sweetheart for 4 years. Through this she learned communinty service and was able to meet many individuals within her community. Rachael also worked for a local store for 3 years in downtown Burlington, Iowa. Her passion to make her community better is one of the reasons we are proud to have her working with Toyer Strategic Consulting group as our marketing and communications intern for 2018.

Rachael is excited for the summer to come saying, “Throughout this internship I intend to learn new perspectives and become a more open-minded and understanding individual. Working alongside David Toyer will help me grow into a stronger business professional, and will be one of the stepping stones to achieve my future academic and professional goals.”

I was approached last fall by some folks I know in Lake Stevens about what it would take to annex their neighborhoods into the City.  Having supported a few past annexations (e.g. northlake, southwest) years ago, I was excited about the opportunity to help kick-start a new annexation effort.

Why?  Because growing up in Lake Stevens I’ve always wondered why the area around the lake wasn’t united as one community, why haven’t annexations happened sooner and how could things be different had annexations been completed (i.e. sidewalks around the entire lake, better planning of the community’s neighborhoods, road connections and parks).

I’ve also wondered why those areas around the lake but outside the City are generally content with paying taxes to the County when they could pay taxes to the City and keep those dollars closer to home and more specifically invested in Lake Stevens’ roads, parks, etc. (infrastructure they use regularly).

Neither annexation is very big and it’s been a heck of a time commitment on my part, BUT, I’m excited about the prospects of both annexations and about the opportunity to be part of bringing more of the community together around its greatest common element: the lake!